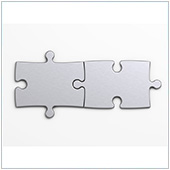 The Pro, for example, was overly costly, which turned many businesses off the device. Now, more than one year later, Microsoft has announced a second version of the Surface tablets.

In late September, Microsoft held an event where they announced a refresh of the Surface brand. Last year’s Surface and Surface Pro have both received updates which could entice businesses users to look at the platform. Here’s an overview of the important specs for both new devices.

The Surface 2
Last year’s naming scheme was a little confusing, so this year Microsoft renamed the Surface RT the Surface 2. This is a tablet device that is meant to compete with the iPad and Android tablets.

The Surface 2 Pro
The Surface 2 Pro is Microsoft’s high-end tablet, but really, it’s more like an incredibly portable computer with a touch screen. This year’s update has even further improved specs that make it more or less competitive with most low to mid-range laptops.

If you are looking to learn more about the Surface 2 or Surface 2 Pro, please contact us today to see how we can help.