An overview of Android 4.3 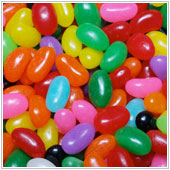 This was rumoured to be a completely new version of Android but turned out to be a smaller incremental update. While not massively different, the update brings some beneficial features that enhance the overall usefulness of Android tablets.

While Android 4.3 was officially released in July by Google, it is just now making its way onto many Android tablets and phones. So what are the new features and updates it brings?

Keyboard
Typing using the stock Android keyboard on some devices isn’t too difficult, but on smaller devices it can be a little tough, with users often missing keys. The recent update brings a tweak to the Android keyboard which makes tap-typing easier and more accurate.

Many users will notice a slight improvement in tap-typing – individually selecting the letters instead of swiping a finger over them.

Location based Wi-Fi
A wide variety of apps rely on your device’s location to ensure accurate maps, updates, etc. There are two main ways your apps can find your tablet’s location – by GPS or Wi-Fi. If you leave your Wi-Fi radio on, the tablet will continually search for connections to connect to and to report locations. This will actually drain your battery at a fairly fast rate.

The new update brings a change to the way Wi-Fi is used to report locations. Instead of Wi-Fi being turned on all the time to report, it is now selective, and will turn on the radio only when a location update is needed.

Bluetooth
Bluetooth devices like the Jawbone or Fitbit rely on Bluetooth connections in order to report information to your phone or interact with various features e.g., answering and making calls using the Jawbone and recording of exercise with Fitbit. These devices use a lower-power version of Bluetooth (Bluetooth Smart), which older Android devices were not capable of supporting.

Newer Android devices, like the Google Nexus 7 can support Bluetooth Smart – they are commonly referred to as Bluetooth Smart Ready – and in 4.3 they will be able to connect with devices that use the Smart connection.

Restricted profiles
Possibly the biggest feature introduced in 4.3 is the ability to restrict profiles. This feature lets you restrict individual user profiles and access to apps and content. If you want, you can set it so that a user can’t actually access any apps, or you can select what apps they can access.

This feature is currently only available for tablets using Android 4.3, and is great for users who share their tablet with others or are looking for a way to limit access to certain users.

Autocomplete dialer
One feature that while not incredibly useful for many tablets is useful for mobile devices, is autocomplete in the phone dialer. This has been a feature of other mobile systems for a while but it has been largely absent from Android.

When you begin typing numbers on the dialer you should see suggestions related to the numbers. When you press on one of the suggestions you will dial automatically. If you have updated your device to 4.3, you can activate this feature by opening your device’s dialer, pressing on the three vertical squares, selecting Settings and tapping on Dial pad autocomplete.

If you would like to learn more about Android and how a tablet or phone would fit into your organization, please contact us today.