An overview of iOS 7 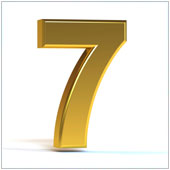 Stop for a minute and think about Apple’s mobile devices, like the iPhone and iPad.

It’s hard to believe that the iPhone was first released in 2007 as it really feels like it has been around for more than a decade at least. On almost a yearly basis, Apple has introduced a new version of the operating system – iOS. In September, iOS 7 was released bringing with it some pretty drastic changes.

Here is an overview of the new features and changes that were introduced when iOS 7 launched.

A totally new look
If you’ve updated to iOS 7 you will already know that it looks different, with virtually nothing left from the older versions. The changes made include different icons, typeface (font) and even a new color scheme.

In general, Apple has gone with a bolder look with icons that stand out and are visually different from previous versions of iOS. This new look will take some time to get used to, but reports are that users who updated back in September seem to like it.

Control Center
A feature missing from older versions of iOS is the ability to quickly access your phone’s settings. iOS 7 solves this by introducing the Control Center, which can be accessed from anywhere by swiping up from the bottom of the screen.

Control Center is where the most popular settings can be found and modified, and includes buttons to turn Wi-Fi on or off; set the brightness; turn on/off Airplane mode; change songs; and even access popular apps like the camera.

Multitasking
Even though multitasking has been a feature in previous versions of iOS, it felt largely half baked. iOS 7 improves this by allowing you to quickly switch between open apps by sweeping your finger over the screen. You can close open apps by pressing on the image and flicking away from you.

Multitasking will also learn what your favorite apps are and keep them open in the background so they can be accessed quickly and easily. This has proven to be a helpful feature for business users who use multiple apps at the same time.

Notifications Center
In iOS 7 the Notifications Center has been made even more useful. The biggest change being that your notifications are separated into three different views: Today, All and Missed. The Today view displays information like appointments, weather and other important tasks. The Missed view shows missed calls, texts, shares, etc.

AirDrop
AirDrop has been a feature in the desktop version of Apple’s Operating System for a couple of years, and is now available on devices running iOS 7. If you are unfamiliar with AirDrop, think of it as a program that allows you to share essentially anything in your phone with nearby users without being connected to the Internet.

If you store files on your phone or tablet you can now easily share files with other Apple device users without having to attach them to an email or upload to a cloud storage provider. One great way to use this is to store presentations on your iPad, and when you need a projector share your work with a computer (as long as it is a Mac) connected to a projector. No having to fumble with cords.

As with most iOS updates, some features may not be available on all products. If you are looking to learn more about iOS and how to use it in your business, please contact us today.