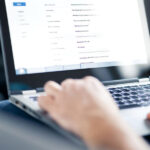 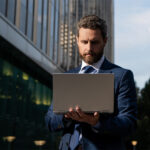 Before the increasingly heavy adoption of cloud based office apps like Google Drive,

As of February 1 Google will stop supporting the exporting of Google Docs as older Office file types.

This means that if a Drive user wants to download a document as a file that Office users can read, they can no longer download as a file with a .doc extension i.e., File.doc.

This change only affects exporting of documents from Drive. If you want to import older file types, you should still be able to do so. Just be warned that the formatting may be off, so you will likely have to reformat documents, and rebuild tables/charts/graphs.

Businesses who use newer versions of Microsoft Office (Office 2007 and beyond) are in the clear as Google Drive now can read, edit and export .docx, .xlsx and .pptx files. If you are a Drive user who frequently works with other parties using older versions of Office, you may run into a slight bit of trouble. Don’t worry however, there is an option for you.

One workaround you could employ is to ask users of the older versions of Office to install a compatibility plug-in from Microsoft’s download page, which allows users of Office 2003, Office XP or Office 2000 to open, edit and save files as the newer file type. Most users should already have this, as it is highly likely that they work with others who use newer versions. This should pretty much eliminate the issue, as files from you can still be opened. You don’t need to worry about asking users to change the Office file type, as Drive can still read the older versions.

If you would like to learn more about Google Drive and other Google Apps in the office, please get in touch with us, we are happy to sit down and go over the options with you.