What to Expect From OS X Mavericks 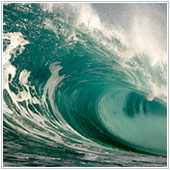 Apple is widely known to produce devices and software with solid support and usability, in fact, they have built their name on easy to use systems. Their desktop operating system, OS X, is quickly becoming the go-to-choice for the younger generation and even some businesses. In late June, the company announced an exciting new OS X update.

Apple has been rather timely with releasing updates and new versions of OS X, their desktop operating system. You can more or less expect to see a new version coming each year, introducing new features and upgrades to existing ones. Since its release, Apple’s desktop operating system has been traditionally named after cats e.g., OS X 10.8 Mountain Lion. Last year, Apple ran out of feline names and so had to move to a new naming convention – places in California.

The 2013/2014 edition of OS X has been recently announced and it bears the name Mavericks, a popular surfing destination south of San Francisco. The new name isn’t the only thing the newest update will bring, in fact there are a number of interesting features that users will enjoy. Here are five of them:

Multiple displays
While OS X has supported multiple displays for a number of years, using them with the OS has never really felt whole, resembling a stretched out desktop. With Mavericks, secondary monitors will essentially be a different system. There will be a menu bar, dock and desktop background repeated across each display.

If you use two monitors and have gotten used to stretching one program across multiple displays, you will not be able to do this in Mavericks. Then again, being able to have two of the same program windows open on different monitors is more or less the same thing.

You will also be able to easily move windows across screens by pressing the F3 key and dragging them to another monitor. These extra features should help you be more productive, or at the very least, give you better control over your desktop, especially if you are giving a presentation for example.

An updated Finder
If you have used OS X, you will be familiar with the Finder, and will also know that it really hasn’t changed in incremental updates. The good news, for those who are used to it, is that it will not drastically change with the release of Mavericks. Instead, Mavericks will introduce a number of interesting features that will make Finder even better. The main feature will make your finder windows look more like a Web browser through the use of tabs.

If you press Shift and double click on a folder, it will open in tab in the same window. As with nearly every browser, you will be able to drag and drop tabs to move them around, and hovering over the name will bring up an X which you can click to close it. You will also be able to merge different windows into one through the Finder options. If you close a window with multiple tabs, the tabs will be there the next time you open it.

This will likely be a useful feature for many users who have multiple Finder windows open at the same time, and want a better way to organize their desktop. It also makes switching between Finder windows a whole lot easier, due to the fact that they can be merged into one window.

Better performance
The majority of OS X users use laptops, so power consumption and performance are important to them. Mavericks will introduce a number of tweaks that can help squeeze more performance out of your computer without sacrificing battery life. Many Apple apps have been tweaked to use less memory when open, or running in the background. This will increase battery life as well.

Keychain Sync
Apple has announced iCloud Keychain which will keep your passwords, accounts, credit cards and Wi-Fi settings consistent across multiple devices. It will be integrated into Safari, and will be able to input passwords, help you develop new ones and store them. Apple has noted that they are using strong security encryption, so your information should be safe.

Calendar updates
Many users were less than impressed with the recent Calendar app found in OS X. The faux leather wrapping and general overview made it less than desirable to many. The Calendar app in Mavericks will go back to older versions with the standard grey toolbar. It will also connect with Facebook, deliver weather and location information, and even provide transportation information.

These are just five of the new features that will be introduced with Mavericks. As to when it will be out: We don’t officially know, but assume it will be sometime around October or November. Apple has stated it would be out this year, so this fall would be a safe bet.

If you would like to learn more about OS X and how it can fit in with your company, please contact us today.