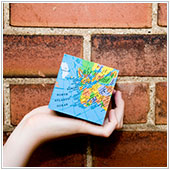 Smartphones are made what they are today because of the app. There are so many different apps out there, all of varying degrees of usefulness. One of the more popular, and useful Android apps is Google’s Maps. This app puts a world class map, with navigation and so much more, into your pocket, for free. While Maps is great, Google is constantly releasing updates to make it even better. The latest improvements bring some pretty big changes to the app.

In early July, Google released the newest version of Google Maps, and with it introduced a number of new features and a generally new interface. Here is an overview of the changes this update has brought with it:

The new layout of the Maps app is sleek, and a number of buttons and boxes have been removed to make it feel less cluttered. When you open the app now you see the map of your current location, and across the top is the search bar. Beside the search bar is the navigation button and your profile. You will also notice two buttons at the bottom. On the bottom-right is the compass/static map button. Pressing it turns on the compass and allows the map to rotate as you move your phone. On the bottom-left is a button with three gray lines. Tapping this will bring up the menu.

The menu has a number of options, including: Traffic, Public transit routes, Cycling routes, Satellite images, a link to Google Earth and Settings.

You will notice small changes to the map itself too. For instance, it looks cleaner, with roads highlighted for more effect. You will also see local businesses and points of interest show up as circles on your map. Tapping one of these will slide up a card with more information, a street view, contact information and directions. If you slide the card up you will be able to rate the location and see any reviews. The overall look is really slick.

An increasing number of Android owners are using their device for navigation and Google has gone to great lengths to improve the navigation within the Map app. When you are in navigation mode, traffic will automatically pop up and alternative routes will be highlighted – without you having to inquire about these. The improvements are really useful, especially if you spend a lot of time on the road and use Google Maps as a navigational tool.

Change of ratings for businesses

In the past, Google has relied on ratings from sites like Zagat for local business information. These ratings can be a bit confusing, especially since they are scored out of 30. Google has now gone back to a standard 5-star rating system. The Zagat ratings, and those from other sites, have all been converted into a standard, easy to read system. These ratings are also displayed right under the name of the business as both a star rating and number (out of five).

Google has also made it easier for users to rank businesses and write reviews directly from Maps. They can just bring up the card in Maps (search for a business), and scroll down a bit. They can then select how many stars to give a business AND write a review.

For businesses like yours it is now a good idea to encourage customers to leave reviews on your Google+ Local page, or directly from the app.

The one feature that many users are missing is the ability to download or ‘cache’ maps for use when you don’t have a data or Internet connection. Contrary to popular belief, Google didn’t actually get rid of this feature, they just hid it. If you want to download a map for offline use you can do so by:

You should notice a bar at the top of the screen that says: Pre-loading maps, along with a counter. It could take a minute to download, but when it is finished, you should be able to view this part of the map while offline.

If you are looking to learn more about the Maps app or how Android can fit into your office, please contact us today and map out a better future for your business for target customers who find your online.