How Safe Is Your USB Flash Drive?

What the Global Chip Shortage Will Mean for Your Business 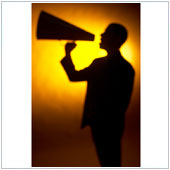 One of the more popular productivity oriented programs on the market today is Microsoft’s Office 365. Based in the cloud, this platform offers business users a way to increase productivity of their whole organization while making communication and sharing easier. A lesser known feature included in Office 365 subscriptions is Office Web Apps. Microsoft aims to make this a more prominent feature and has recently announced two new updates that could make it more useful.

Here’s an overview of Office Web Apps and the two upcoming updates for the platform.

What exactly is Office Web Apps?
Office Web Apps (OWA) is a browser based version of Microsoft Office. OWA includes Word, PowerPoint, Excel and OneNote which users can access through almost any web browser. These apps are available free of charge to everyone with a Microsoft SkyDrive and most Office 365 users.

The beauty of OWA is that it allows users to open, edit, collaborate on, and store the most popular Office documents from a variety of devices. What this means is that as long as a user has a Microsoft Account and is connected to the Internet, they can access Office software without actually having it installed on their computer or device.

If you’ve used OWA, you know that it’s great for opening Office documents, basic editing and creating basic documents. The major downside is, these web based apps are missing a number of more advanced features e.g., Find and Replace in Word. Microsoft has stated that they are committed to introducing more features, and have recently announced two that could make OWA an even more viable solution for businesses.

Real-time collaboration
In the current version of OWA collaboration is possible. However a user will need to refresh the browser window to see changes made by another editor. This is hardly ideal, especially if you have more than two people working on the same document.

Microsoft aims to change this by introducing real-time editing. This means that if you and three other colleagues are working on the same document, you will see the changes as they are made; so there’s no need to refresh.

This feature is currently being rolled out to PowerPoint users, and should be applied to the other OWA apps sometime in the near future (there has been no specific date set by Microsoft, but it should be by the end of the year).

Editing from Android tablets
While OWA may not be the best choice for desktop users, especially since the vast majority already have Office installed on their computers, it’s great for mobile users. At this time, only Windows 8 tablet and iPad users have been able to access OWA from their devices. The recently announced update will soon bring this functionality to Android tablets as well.

Microsoft has not set a date as to when Android tablets will be able to access OWA, but it should be before the end of 2013, possibly the end of the summer. They also noted that they are working to speed up the service for tablets, which will foster even more efficient collaboration.

If you are interested in learning more about OWA, Office 365 or any of Microsoft’s other programs please contact us today to see how we can help.