The debate begins: Remote vs Office 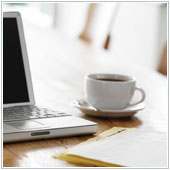 The dream of many an office worker is to have the option to work from home, either full time or a couple of days each week at least. For many, this is an opportunity to be closer to family and avoid what might be a long commute to work. Many companies have been happy to oblige, especially those in tech that have seen boosts to employee productivity, and benefits from increased flexibility. One major tech company looks on remote working less favorably though.

In late February, an internal memo from Yahoo was leaked. The memo contained a statement indicating that all remote and telecommuting employees will lose their jobs if they continue to work from home after June 2013.

To many in the tech industry, and indeed others who work successfully with remote employees, this might seem like a giant step backwards. There has been a fair amount of backlash on this decision from news outlets, tech experts and employees alike, especially since working from home has proven to increase productivity among certain employees.

According to the memo, “To become the absolute best place to work, communication and collaboration will be important, so we need to be working side-by-side. That is why it is critical that we are all present in our offices.” The two key points here are ‘collaboration’ and ‘communication’. If these are both executed successfully, you have generally productive employees and increased profits.

On the other hand, technology is at a point where employees can log in to their work systems from anywhere. Combine this with video conferencing and cloud solutions such as Google Drive and Microsoft Office 365, which allow real-time collaboration, face-time in an office could be seen as somewhat of a redundant idea. If remote working is executed efficiently, you might save money, see productivity increase more than it might in a physically present team, and profits potentially rise too.

It’s certainly an interesting debate. Does physical face-time or telecommuting equal greater productivity? What we can say, is that it depends on the company and the industry to a large extent. Obviously, restaurants couldn’t operate using remote employees. But, if your business can support it, this may be a viable way to boost productivity, keep employees happy and cut expensive overhead costs such as rents for office premises.

We’d like to hear that you think. Would you rather work from home, or do you benefit from the structure and face-to-face dealings in an office? Where and when are you most productive?

We’d love to get your feedback. Let us know what your opinion is.