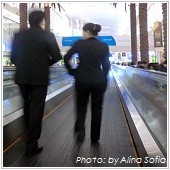 Learn how setting up your own private network can radically improve, if not transform, the way you do business.

The world is flat. That is if you ask New York Times columnist and Pulitzer Prize winning author Thomas Friedman, who wrote a book of the same name describing just how the world got flatter and flatter thanks to a whole host of factors, one of which is technology. Technology—most notably computers, telecommunication devices, and the Internet—has allowed individuals and organizations to create, communicate, and collaborate like never before.

One question that always pops up, however, is how to maintain privacy and security in this brave new world of greater transparency and connectedness. Until recently, the only way was through cumbersome and expensive means. Companies, especially large corporations, previously resorted to setting up their own infrastructure (think miles and miles of cable, satellite uplinks, or large line-of-sight communication links) or leasing infrastructure from telecommunication companies, just to be able to set up and maintain their own private and secure telecommunication networks that can span large distances.

With the advent of the Internet, however, setting up private networks has become much cheaper and easier. Virtual Private Networks, or VPNs, allow companies to create their own secure, private networks within the public network using technologies such as encryption and other security mechanisms to ensure that only authorized users can access the network and the data within. The Internet is used only as the transport layer, radically reducing cost and time to set up because of its ubiquity, simplicity, and scalability.

Examples of how a VPN can benefit your organization include the ability to:

Can you think of other ways a VPN can help you and your organization? Let us know. Thinking of setting one up right away? Call us and find out how we can help.