Will Windows PCs Go the Way of the Dodo? 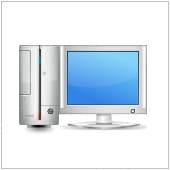 Will the Windows PC go the way of the Dodo to eventual extinction?

Are we in a post-PC era as Apple would like us to believe, or is it a PC-plus world? Are we witnessing the beginning of a new age when a wave of new operating systems and devices will take over the computing world? Read on and see what you think.

Last year, Steve Jobs, then CEO of Apple, proclaimed the beginning of what he called the “post-PC” era. This, just after news of stellar numbers for Apple, surpassing Microsoft in market valuation for the first time in recent history—largely on the back of strong sales from its iPhone and iPad computing devices, threatening to displace the market for traditional desktop PCs according to many analysts. In some ways this is an ironic turn of events, considering that it was this same CEO and company that ushered in the PC era to begin with, more than thirty years ago.

But in that era, it was really the IBM PC that was the iconic symbol of that period. In August of this year, the IBM PC celebrated its 30th anniversary, which was introduced nearly five years after the arrival of Apple’s own desktop devices. But again in an interesting turn events, for nearly twenty of those thirty years, it was actually Microsoft and Intel, and not IBM, that reaped the benefits of the success of the PC device. It was Microsoft’s Operating System and Intel’s chips which earned the lion’s share of profits from the rise of the Desktop PC, not the manufacturers and assemblers. And as PCs decline as Steve Jobs predicted they will, this has prompted even the largest PC manufacturers such as HP to reassess their future.

But is the PC truly dead, if not dying? Even one of the IBM PC’s original inventors thinks so. In an interview with IBM Executive Mark Dean, who was one of the IBM PC’s original engineers, he predicts a day when the desktop PC will go the way typewriters did when desktop PCs came along. They will still be around for several years, he says, but in the future people will primarily use handheld or mobile PCs for work and play.

That may be true, but the future is not here yet. Earlier, Microsoft gave a statement that it still expects over 400 million desktop PCs running its operating system to ship this year—a business well worth over $19 billion dollars for the company. There are still several things that a Desktop PC, in particular those running Windows, can do better than handheld or mobile devices today, such as:

Do you agree? Are we in the beginning of a post-PC era or do you think it will be a PC-plus era as Microsoft believes? Weigh in and let us know!