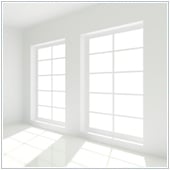 Change, good or bad, happens. In the world of technology, change happens on an almost daily basis. It seems that 2012 will be a year of great change for Microsoft as it sees the launch of its new operating system, Windows 8. Windows 8 is shaping up to bring about some sweeping changes, most of all to the interface, which may take time for employees to get used to.

Here’s an overview of Metro and what changes the new interface – the visual representation of the computer that allows you to interact with it – will bring. Please note that these changes reflect the release preview of Windows 8. These features will be in the retail version along with more features that have not yet been announced.

When you first log in to Windows 8 you’ll notice that literally everything has changed, and yet it will seem instantly familiar to smartphone users. Gone are the old icons and folders, replaced by rectangular boxes, or tiles, which are similar to the icons on smartphones. In fact, these tiles are actually apps. If you have Microsoft Office installed, you will see a tile on the main screen with the Office logo. Click on it, and the “app” will start. These tiles are live, which means they will show new information i.e., the number of new emails will be shown in the email tile.

The biggest thing to note about Metro is that it was designed to be used on tablets, touch screens and PCs, thus making the overall interface touch friendly. If you’re not using a tablet or touch screen, you’ll be navigating the old fashioned way, by using a mouse or trackpad.

From the main screen of Metro, you’ll notice two things are missing. The first is the integral Start button, that you’d normally use to find and launch your programs, will be gone. In truth, it’s still there, just hidden. To access it you move your mouse to the bottom-left corner of your screen and it should pop up.

The second major thing missing is the traditional desktop every Windows OS user has gotten used to. Again, this isn’t actually gone, it’s actually been turned into an app tile and will be found on the main Metro screen. Clicking on the tile will open a more traditional desktop that we’re used to.

Taking a page from Apple’s OS, moving your mouse to the corner of the screens represent a action. For example, moving to the top-left corner of the screen brings up a list of recently used apps that you can click on to open. The right corners of your screen allow you to launch features like Settings, Search and Devices – Microsoft now calls these “Charms.”

Will Windows 8 fit in with my business?

While there are many other changes and new features that will be introduced when Windows 8 launches later this year, small businesses that do adopt Windows 8 will have a few hurdles to overcome. The biggest is the new OS is a large departure from other versions of Windows, and many employees don’t have the time to learn how to use a new OS, while also doing their work. This means that small business owners should work with their IT department, or provider, to provide training for their employees on how to use the new OS.

The second biggest hurdle is software compatibility. The current software you’re using may not work on Windows 8 when it’s first launched. While the vast majority of new versions of popular software is already compatible, older versions and less popular software aren’t compatible at this time.

If you’re thinking of migrating over to Windows 8 when it’s released but are unsure if the software you use will be compatible, you can visit Microsoft’s Windows 8 compatibility page. If you have any more questions regarding training for Windows 8, or implementing Windows 8 in your business, please contact us.