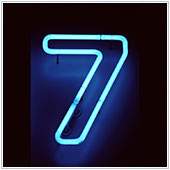 There is little arguing about the rise in popularity of mobile tablets.

These devices have enabled business owners, managers and employees to work while mobile.

One of the popular tablets of the past year has been Google’s Nexus 7. In late July, Google announced and subsequently released a new version of the tablet.

What is the Nexus 7?
As you may know, Google’s Nexus brand of mobile devices are what Google considers to be the benchmark devices running Android. They are what Google envisions as being the ‘best’ tablet or phone for Android at the release of the device. These devices come with a version of Android most users refer to as ‘Vanilla’ or ‘Stock’. There are no fancy overlays like those added to Samsung or HTC devices, it’s the most basic, or ‘stock’, version of Android.

Aside from having top of the line, or near top of the line components, these Nexus devices are the first to receive Android updates, usually within a day or two of when they are released by Google. This means Nexus devices are always running the latest and greatest. In this case, Android 4.3. Compare this with some older phones that are still running a two year old version of Android.

The Nexus 7 is Google’s mid-size tablet. At slightly over 7 inches from the top-left to bottom-right side, the tablet is designed to be more mobile than the bigger ones, while still offering the same functionality. Since the release of the 7 in 2012, and indeed slightly before that, in terms of size, 7 inch tablets have been the fastest selling ones.

Business users who are looking for a powerful tablet that they can easily take with them to be able to keep in touch with the office, answer emails and do light editing of documents, will find this tablet useful. Those who want a more powerful solution, or to be able to access their computer and systems, may want to look elsewhere. Think of the Nexus 7 2013 as the perfect tool for the commute, or short trips where you don’t need a full laptop.

Important Tech specs
As with any tech device, the manufacturer – in this case Asus – and Google love to tout a wide spectrum of technical specs to wow and dazzle the user. Here are the specs that many business users should be aware of:

Cost
The Nexus 7 2 is currently available in the US and will soon be available in more countries including Australia, the UK and Canada. There are two main versions: One with 16GB of storage space that costs USD$229. The 32GB version costs USD$269. There is no difference between these two models, aside from the amount of storage. The LTE version will come with 32GB of storage and cost USD$349.

If you are looking to learn more about the Nexus 7 and how it can be used in your business, why not call us and see how we can help.