Let’s look at KitKat and the Nexus 5 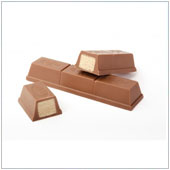 In many countries, October 31 marks not only the last day of October but also Halloween. This night of tricks and treats is eagerly looked forward to by many children. This year, Google decided to do something special for adults too: Take the wrapper off of their new version of Android – KitKit and the new Nexus 5. Now that Google has a new phone and operating system out, businesses have another option to choose from. The only question is whether it’s worth it’s worth opting for Google’s Halloween goodies?

Below is a brief overview of the new Nexus 5 and Android 4.4 and what they mean for businesses.

Nexus 5 – Possibly 2013’s worst kept secret
News of this latest phone was rumored and even leaked months before Google announced it. Everyone who is a tech follower knew all about it already. So, when Google finally announced its introduction no one was really that surprised.

It is now expected that Google will announce a new Nexus phone each year. This is the device that Google deems to be the new benchmark for all future Android devices. With a stock version of Android, this is also the closest you will get to a ‘pure Google’ experience, not to mention the fact that these devices are usually quite powerful.

The Nexus 5, built by LG, is the benchmark device for late 2013/2014 and will be the among the first devices to get new versions of Android when these come out later next year.

If you are looking at this device for business purposes, here are six specifications that you might want to focus on and consider:

This makes the device affordable for many users, including small businesses – especially if purchased on contract.

Break us off a piece of that KitKat
The Nexus 5 is the first device to be launched with the newest version of Android – Android 4.4 KitKat. As with the last few versions of Android, the 4.4 version is an incremental update instead of a completely new operating system. There are a number of new updates introduced in 4.4 worthy of note that business users will benefit from.

As is usual for Android, newer Google Nexus devices will get the update soon, probably by the end of November. Older devices, like the Google Nexus from 2011, will not be getting the update, and devices made by other companies will have to wait to see what the manufacturer does. If you have a relatively new device, chances are good you will receive an update, it just may take a while.

Is the Nexus 5 good for businesses?
If you are in the market for a new smartphone that can do anything and everything, then the Nexus 5 is likely the best phone currently available, especially considering the price is much lower than similar unlocked phones.

Of course, if you are still on contract with an existing phone and are looking to upgrade you should contact your mobile provider to see if the phone is available and that you can upgrade to it.

Before you do rush out and purchase the Nexus 5 however, you should make sure that your existing systems will integrate well with it. Why not contact us, as we can help ensure that any new phone will work with the systems you already have in place, or may be able to provide a solution for you.