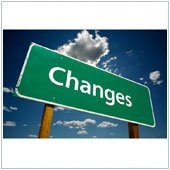 For many Google fans, the best time of the year is in mid May when Google hosts their annual developers conference, I/O.

This three day event is when Google traditionally introduces new products, apps and impending changes. Last year, 2012 saw a new version of Android along with the Nexus 7, among other changes. This year was a bit tamer, but there were still some interesting developments introduced for the year ahead.

Here’s an overview of the four most interesting and potentially useful products for businesses that were introduced at I/O:

Google+ is set to explode (in a good way!)
During the I/O Keynote, Google unveiled a new version of Google+, with a whopping 41 new features. This includes a revamped layout and a new pictures function that makes sharing and editing content even easier. The menu bar, (vertical bar on the left side of the window), has also been changed and looks great.

What’s interesting is Google launched the updated Google+ almost as soon as the event finished. If you haven’t logged in since May 15, do so and you should be given a tour of all the different changes.

It’s time for Hangouts
It’s long been rumored that Google has been working on a way to merge all chat apps into a single platform. At the Keynote on May 15, Google announced an update to Hangouts, their video messaging platform on Google+.

Hangouts is now the main chat app and is integrated across Gmail, Google+, Android, iOS and your desktop. It replaces all previous chat apps with one centralized app that has video and group chat for up to 10 people, emoticons, and syncs messages across all platforms. This is great for businesses, especially if you have colleagues on the road using different devices. They can join in the conversation without any compatibility issues.

Desktop search gets conversational
Conversational search has become a popular tool on mobile devices, and it’s now integrated with the desktop version of Google Search. If you have a microphone on your computer, you could use your voice to search on Google, instead of spelling out words, by pressing the Microphone symbol in the search bar.

At the I/O Keynote Google previewed an upcoming upgrade to voice search: Conversational search. This means you will be able to ask Google Search questions using a natural form of conversation. For example, if you are going to a conference in San Diego, you can simply ask Google: “What will the weather be like in San Diego next week?” Google will then provide the weather forecast. Beyond that, the voice search will always be on, so you can initiate a search by simply saying, “OK Google”, and then asking your question.

This change from a keyword oriented to vocally induced search could change the way we search for businesses. Business owners will have to think about what questions people will ask when looking for certain types of companies, and develop keywords accordingly. While keyword search might be on the way out, the reality is that this is still important, even if natural sounding spoken searches are set to increase.

Google Maps gets a facelift
Possibly the biggest announcement, for businesses at least, is that Google Maps has been re-engineered. The current version is static, so every user sees the same map and businesses when they search. The new Google Maps has been visually updated and is being billed as a personal experience. The map learns about you over time, and will highlight places based on what you are looking for, your previous search history and recommendations. From what we can see, the new Maps will be out sometime in August, but you can sign up to use it here.

This development could influence the way you use not only Google’s services but also what services you use. Because it looks like results and recommendations shown on the maps will be heavily based off of reviews which are connected to your Google+ profile, you will probably have to pay more attention to Google+. We will cover more about this change in next week’s Google article, so stay tuned.

If you would like to learn more about the changes Google has recently announced please contact us today.