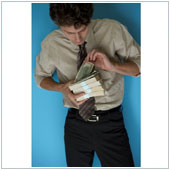 For users of Windows systems the threat of a security breach is an ever-present one that has many security experts constantly worrying. The thing is, many systems are secure enough from outside attacks, and many scammers know this. As a result, scammers have switched tactics and have taken to masquerading as Windows technicians, hoping to get users to give up their credit cards.

These scams have long been a part of the Windows environment. Despite users being fully aware of these attacks, some people still falling into the trap.

These deceptions generally follow the same formula: A person calls you pretending to be from the Windows technical team at Microsoft. The scammer usually tells you that they need to renew their software protection licenses to keep their computer running.

Most of the time, these scammers spread the conversation out over a number of phone calls and emails, the goal being to gain the trust of the user. Once trust is established, or the user seems interested enough, the scammer will offer a seeming sweet deal: They will offer a service that will make your computer run like new, usually for a seemingly reasonable price.

If you give them your credit card number, you will likely see ridiculous charges, or even have people trying to access your accounts.

What’s being done? Governments are aware of this increasingly common trend, and some organizations, like the FTC, have taken measures to shut down scammers. This article from ars technica gives a good overview of what exactly the FTC is doing, while another article provides a first-hand account of how the scammers operate.

What can we do? While action is being taken, these scams are still continuing. From what we can tell, they likely won’t stop in the near future. To ensure you don’t fall prey to this trickery, these five tips should help you identify when an attempted scam is at play:

As a rule of thumb: If you get an unsolicited call about your computers and IT security, it’s likely not genuine. If these criminals provide you with a website, do a quick Google search to see if there have been any scam reports. You can also join the No-Call Registry if you are in the United States. To learn more about these scams, please contact us.